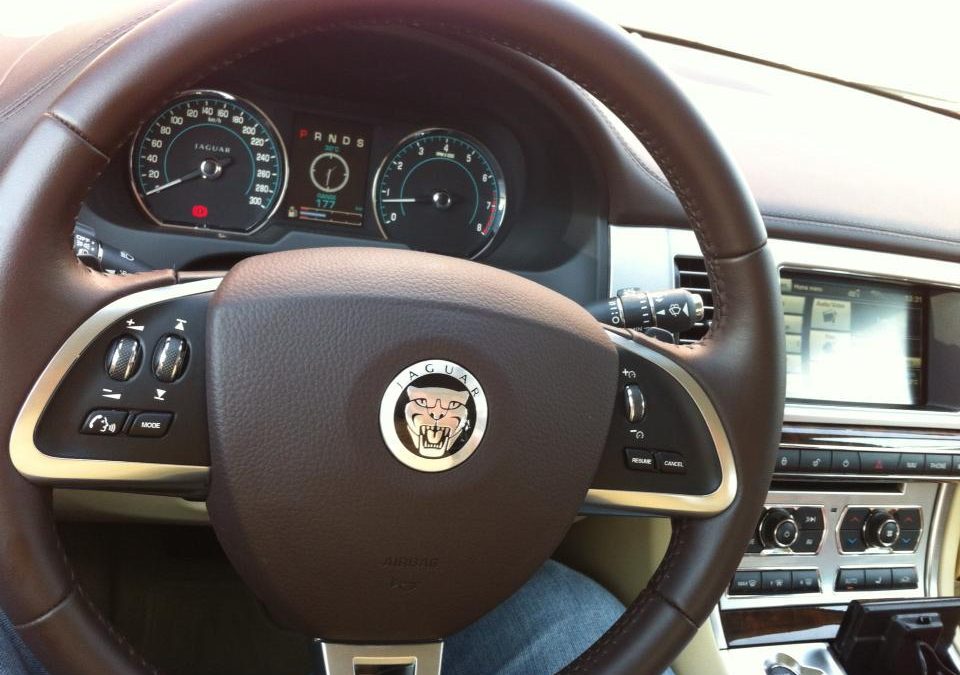 (This post was written before, but there were missing images and links and stuff. Re-posting with the proper gallery and links – plus it was a fun story)

Jaguar and Land Rover Middle East have always captivated my attention with their awesome cars. These are machines that I have always dreamed of driving.

In November 2012, I participated in a competition with the hashtag #driveanxf, which essentially put me in to the draw for a chance to drive a Jaguar XF for a weekend. I won and subsequently, I was handed the keys to the Jaguar XF for the weekend of 14th November to 17th November. Stop whinging – here in Dubai our weekend is Friday and Saturday, and it was an extended weekend with Thursday thrown into the fray that week.

I built myself up to the day. Watched videos like this one here:

and this one here:

It really was something to see the videos and I was really thrilled, because I believed that I would experience the thrill they talk about in those videos. I know – there was no commentary in the first one – but there was a voice in my head! 😛

Come the day I had to get the car, and they had me signing my soul off to take it for the weekend. I did so with a smile on my face. once the mandatory paper work was completed, they took me outside and had me sit in the car, while I was briefed on what came with the car and all the little bits and tricks associated with the car.

There was a lot and boy, OH BOY, was I thrilled to experience it.

Every bit of talk through introduced me to the technology that made me want the car more and more. My favorite bit? This:

I know that is a lot – but it really is my favorite bit about the car, aside from driving it. But I will get to that in a bit 😛

Once I got the car, we went for a spin in the night; my wife, son and I. Tried out all the delights of night driving and enjoyed Dubai by night. This car was such a joy to ave in the city with its 3.0L engine. No stress, no hassles, just pure cruising. If needed, I could just floor the pedal to let the “Cat out of the bag” but that was not needed as it was a slow night and we were all smiling.

The car handled so well – a big change from my Renault Logan (you think), but it made me want to hold on to the car for as long as I could. The steering so responsive, so light, so welcoming despite the growling jaguar staring at me from the wheel. I rarely had to move my hands from the comfort of the steering, since almost all the controls were on there for me to use.

The following day, we got ready to go around UAE as I wanted to experience the car in as many elements as I could – cruising on the highway, climbing up hills, and city driving. We strapped my son’s car seat in the back, and put the baby-on-board sign on in the rear windshield and we were ready to go.

We took off to Ras Al Khaimah via Sharjah, Ajman, and Umm Al Quwain, making sure we covered as much ground as we could. In the Jaguar XF, it was hardly noticeable the way we were covering ground. It was effortless and when we DID reach RAK, I was pleasantly surprised to find we had done so in perfectly planned fashion. In time for lunch! 😛

Once lunch was taken care off, we headed to Fujairah. This leg of the journey had us in the city for some time, in the hills for a lot and in stop and go traffic when we had to cross into Fujairah for dinner. So far the drive was so effortless, I could have taken off to Abu Dhabi and not felt a thing. Cruise Control, light steering, mapping systems, great fuel efficiency, large tank, comfortable driving position, enough driving assists to make driving safer – all these contribute to this feeling!

But we had had enough for the day. This is when the adventure actually started. On the new Fujairah highway, there are no fuel pumps and this, coupled with the increasing confidence I had on the Jaguar XF led us to be nearly stranded on the new highway, where we literally drove till the last few liters were left over and we could get some fuel. Thank God for small mercies, there was a small fuel pump down the road and we managed to get enough fuel to get back into the city. Once we got the fuel, my wife wanted to fly some more, so I opened up the Sun Roof and allowed her to do so; while we were parked, that is.

Once we got back home, we returned to a peaceful night of sleep, and the next day, we took the extended family out for a spin and a day of relaxation. We never did get to going to Abu Dhabi or even Al Ain but 6 Emirates out of 7 is not a bad achievement in a single day. So I was happy with the days events.

The car outlived my expectation and has changed my desire to own American Muscle (sorry Dodge / Chevy) to now aiming to own European class – especially the Jaguar XF.

Thanks to Al Tayer motors and their agency for making this a reality for me. I will be back as a potential customer some day.

OH and in case you were wondering, you can read up on the specifications and more information about the car on this link: www.jaguar.com/me/en/xf/models_features/models/premium_luxury ; I had the 3.0L Silver version of this particular model.